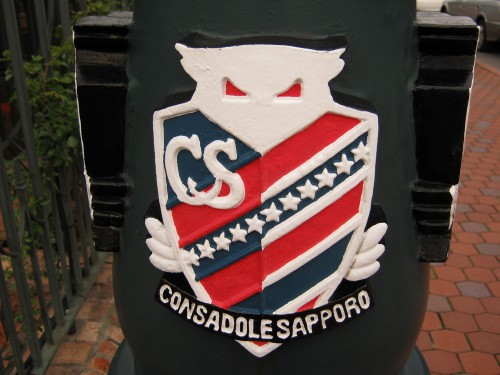 Consadole is was born at 1996. The predecessor of Consadole is TOSHIBA FOOTBALL CLUB (amature, company team) in Japan Football League (JFL). In 1996, Toshiba FC, which wished to change to pro-team from ama-team in those days, moved to Sapporo City from Kawasaki City (in Kanagawa Prefecture), and become a new proffesional club team, “Consadole Sapporo”.

In 1996, 1997, Consadole belong to JFL(Japan Football League; then Secondary Football league in Japan). In 1997, Consadole was the Champion of the league, and was promoted to a higher league (J-League). From 1998, Consadole plays games in J-League.

*1: STANDING: consadole sapporo’s position / All club number of the league